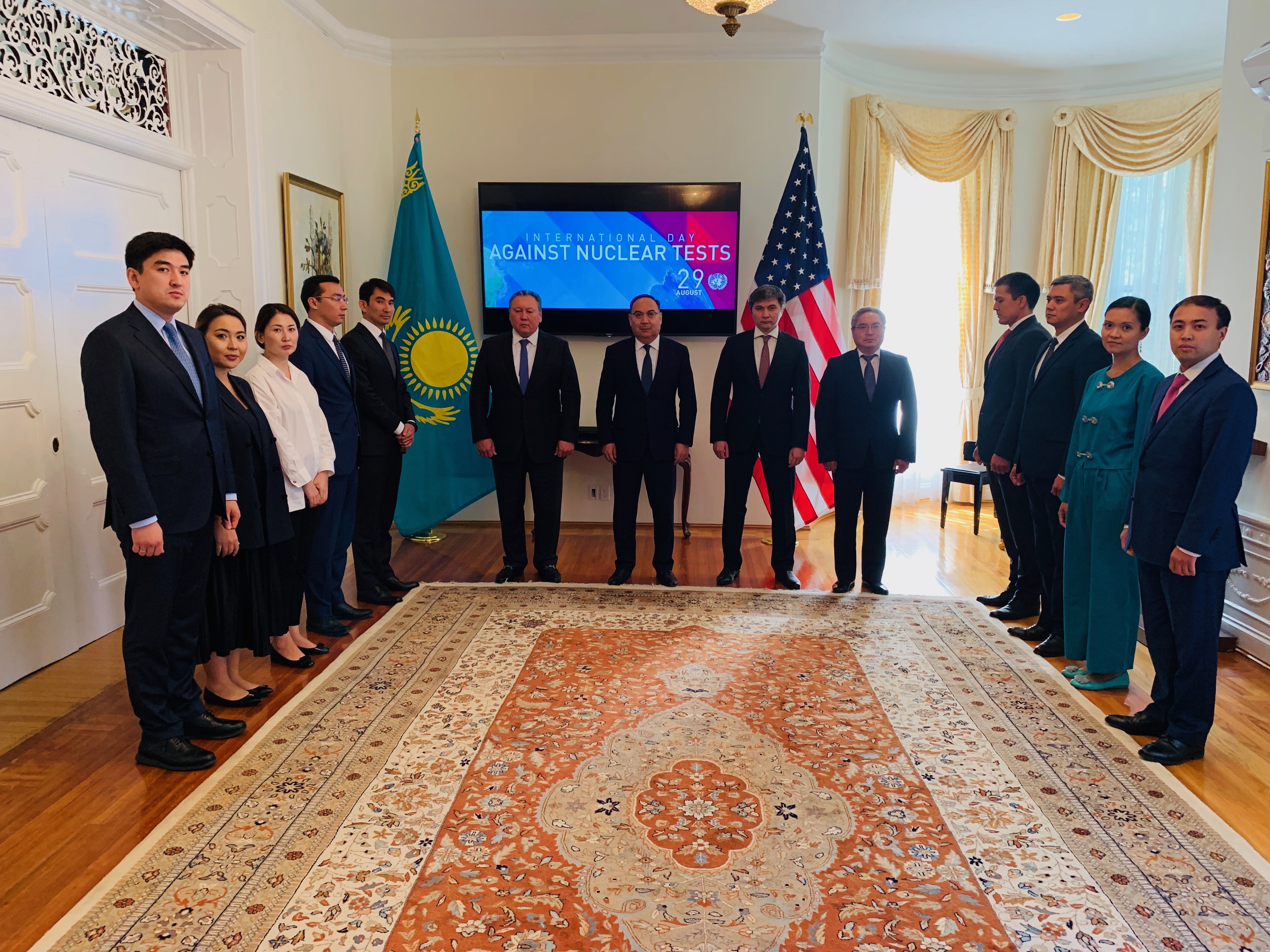 On August 29 at 11:05 local time, the Embassy of Kazakhstan to the United States observed a minute of silence on the occasion of International Day against Nuclear Tests, approved by a resolution of the UN General Assembly on December 2, 2009. This resolution was initiated by Kazakhstan.

In his speech, the Ambassador of the Republic of Kazakhstan to the United States E.Kazykhanov emphasized enormous contribution of Kazakhstan and First President - Elbasy N.A.Nazarbayev to the nuclear disarmament.

Kazakhstan became a leader of the non-proliferation movement and a role model to the rest of the world following the decision of the First President - Elbasy N.A. Nazarbayev to shut down the former Semipalatinsk nuclear test site and voluntarily abandon the fourth largest nuclear arsenal in the world. As a result of nuclear tests at the poligon in the viternity Semey city more than a million people were injured.

The Republic of Kazakhstan encourages people around the world to observe a minute of silence on August 29 at 11:05, when the clock form the Roman letter “V”, symbolizing victory.

International Day against Nuclear Testing is designed to raise the awareness and inform people about the consequences of nuclear testing and any other nuclear explosions and the need for their early cessation.

By Rauan Tleulin, Minister-Counselor of the Embassy of Kazakhstan in Washington, DC