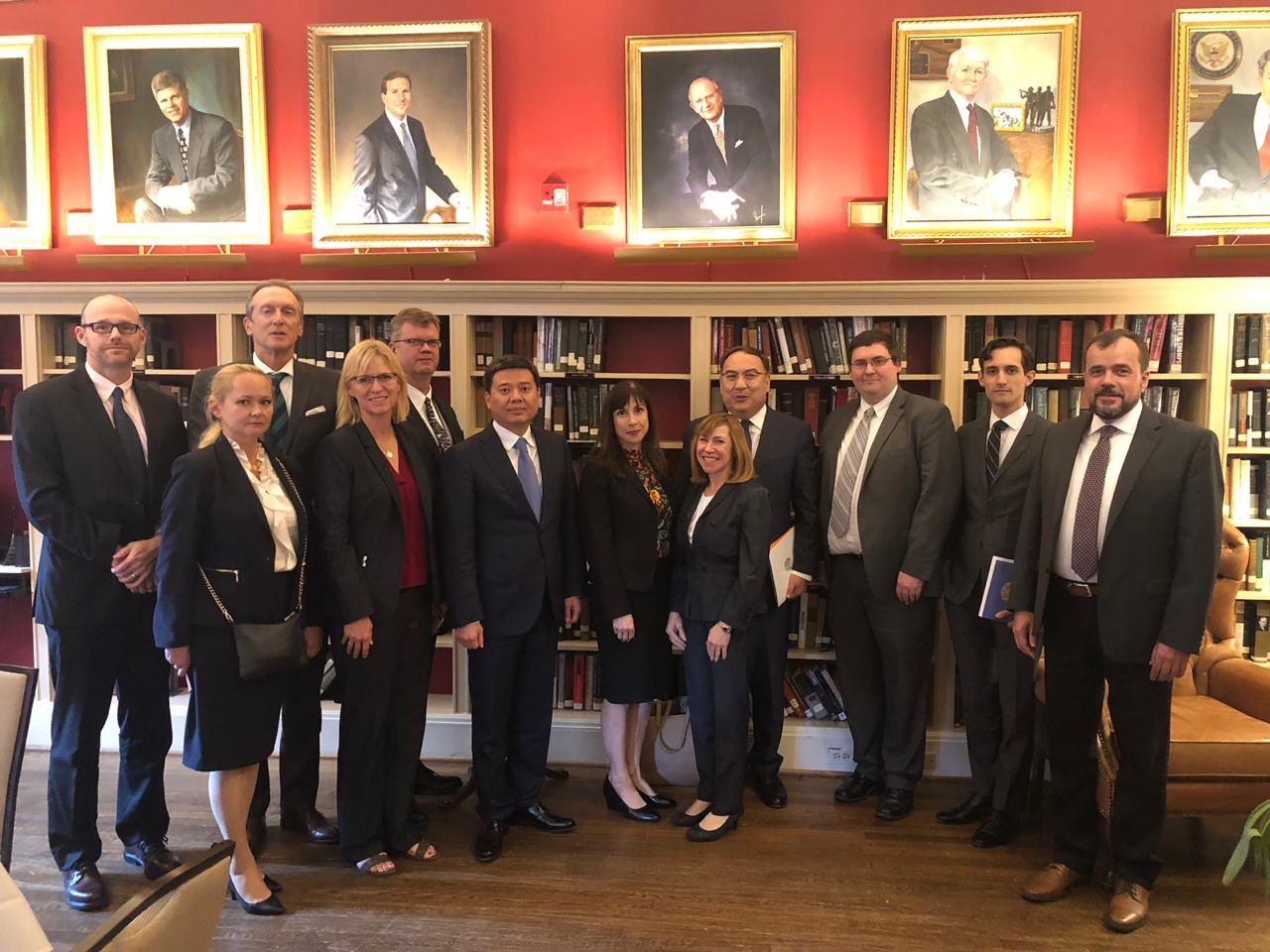 On September 16-19, 2019, Minister of Justice of the Republic of Kazakhstan Marat Beketaev paid a working visit to Washington, DC. During the visit, the Minister met with members of US Congress, representatives from the US Department of State, the Patent and Trademark Office, and human rights activists.

During talks with Senators Robert Menendez and John Boozman as well as Chairman of the Helsinki Commission Congressman Alcee L. Hastings, the parties discussed the state and the prospects of expanding the strategic partnership between Kazakhstan and the United States and the further development of inter-parliamentary relations between the two countries.

American lawmakers noted with satisfaction positive dynamics of bilateral relations across the entire spectrum of Kazakh-American cooperation. In the US Department of State, meetings were held with Acting US Assistant Secretary of State for Democracy, Human Rights, and Labor Alan Purcell; Ambassador-at-Large for International Religious Freedom Sam Brownback; and Ambassador-at-Large to Monitor and Combat Trafficking in Persons John Cotton Richmond.

During the negotiations, the participants exchanged views on a wide range of issues in the field of protection of human rights, as well as prospects for further cooperation in this sphere.

Discussions on cooperation in the field of protection of intellectual property rights also took place at the Patent and Trademark Office.

By Rauan Tleulin, Minister-Counselor of the Embassy of Kazakhstan in Washington, DC