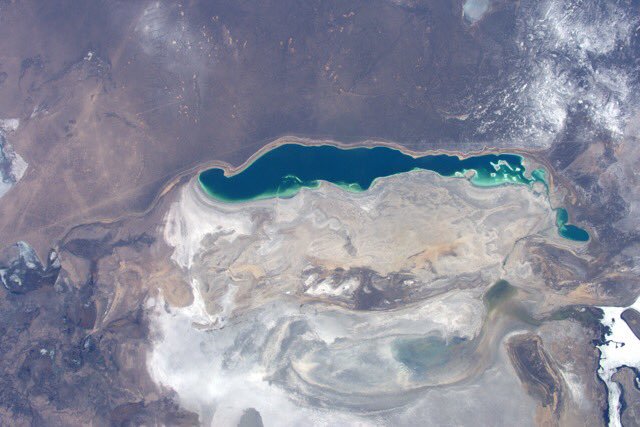 Commander Scott Kelly of the International Space Station has amazed the world with his photos of planet Earth taken from space. His photos show us howbreathtakingly surreal and beautiful Earth looks from orbit. These are the photos he’s taken from above Kazakhstan. Update: Astronauts continue to take photos of Kazakhstan from ISS. Their photos will continue to be added at the end of this list.

If I was looking through a microscope instead of a very big camera lens I would think I was looking at a virus pic.twitter.com/CGdEzGz1iz

Some people see images in clouds. I see images on Earth. What do you see in these #patterns? #YearInSpace pic.twitter.com/OK09KE0571

Took this a few months ago from @Space_Station. Beautiful colors surrounding lake in Kazakhstan pic.twitter.com/TL0BDBu3PB