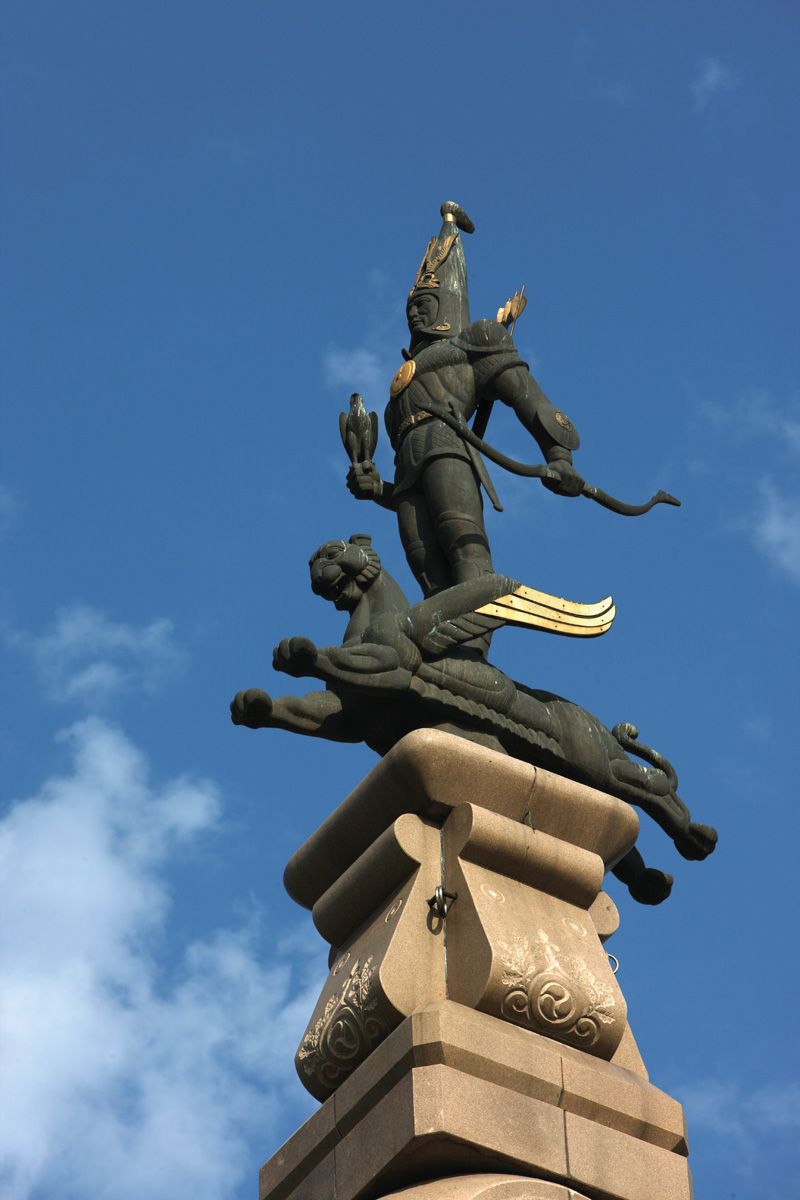 One of the most famous archaeological sites in Kazakhstan and Central Asia is the Issyk burial mound just 50km from Almaty. The mound was discovered in 1969 during excavations on the banks of the Issyk River.

The Golden Man, also referred to as the Golden Warrior, or in academic circles as ‘Kazakhstan’s Tutankhamun’, was discovered in Issyk in 1969. The luxurious decoration the golden man’s burial revealed a rich heritage of Steppe culture and civilization.

The Issyk mound is one of the greatest archaeological sites of the Sak period, and one of the most significant archaeological discoveries of the 20th century. The Golden Man was a youth from the circle of Saka Tigrahaud rulers. He was dressed in armour richly decorated with gold, and gold-embroidered ceremonial clothing; his headdress contains about 150 golden ornaments.

The Golden Man became the personification of courage of the defenders of the land on which the ancestors of today’s Kazakhs – Saks, Huns, Usuns, Kipchak – lived. Replicas of the Golden Man are exhibited in the museums in Almaty and Astana, as well as the UN headquarters in New York.

A sensational discovery for world science, which made it possible to take a fresh look at our origins, was the Golden Man, found in Kazakhstan in 1969 in Issyk, referred to in the circles of art scholars as “Kazakhstan’s Tutankhamun”.

The warrior told us a lot. Our ancestors created the highest-level artistic creations that still amaze the imagination. Skillful golden guise of a warrior indicates confident mastery of the ancient masters of gold processing techniques. It also revealed a rich mythology, reflecting power and aesthetics of the Steppe civilization.

So the steppe men exalted the personality of the leader, elevated him to the rank of a sun-like deity. The luxurious decoration of the burial introduced us to the intellectual traditions of the ancestors. On one of the silver cups found near the warrior, scribbled marks were found - traces of the oldest writing ever found in Central Asia.